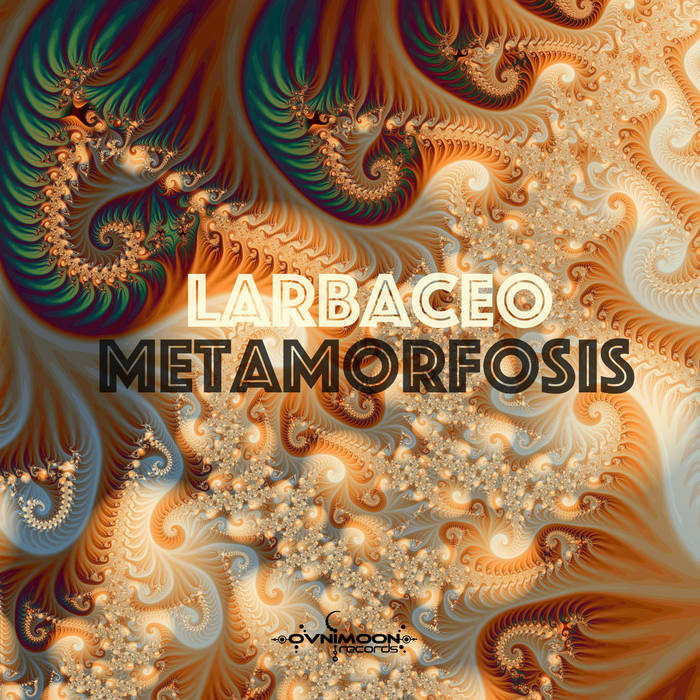 Ovnimoon Records is proud to present a great downtempo Ep from 'Larbaceo' called 'Metamorfosis'!I have dedicated myself since I was about 15 years old to Electronic Music, listening attentively to the first trance sounds of those years. Afterward, I became fully involved with the uplifting and club trance and mixed my first songs. and inspirations from my home, at parties and raves (2007-2008). Precisely, in 2008, I entered the DJ School where I could professionalize my talent.I have participated in several psychedelic parties of the national scene, all of them allowed me to expand the range of sounds and melodies and also contemplate different musical atmospheres. Finally, I decided to dedicate myself to the PROGRESSIVE PSY (2010) where I found really psychedelic sounds and nuances and unknown sounds to explore and find my mystique and my new being. During (2012-2016) We formed with @El Rod a project called LA PSYCOMAGIA. Which is characterized by the union and the tireless search for new sounds, rhythms, and atmospheres, as well as beauty and musical mysticism. where something fundamental and that is left to chance and forgotten by many (both as artists and producers). WHAT IS THE AESTHETICS AND SETTING UP.Larbáceo I call it my new proposal and constant search for sounds, chords, and analog instruments creating compositions from the PSYCHBIENT DOWNTEMPO PSYAMBIENTE and Dark progressive psy, or more ZENONESQUE. which has given me new inspirations and sounds to play as DJ Set and currently creating themes and compositions of my own authorship.

Ovnimoon Records is a label founded in 2010 based in Chile by Ovnimoon it is an independent sub-label of Goa Records from California/USA. Ovnimoon is the visionary producer whose name sake the label was based upon. All the music released with this imprint has passed his approval as true high quality gems of psychedelic goa trance. ... more

Bandcamp Daily  your guide to the world of Bandcamp

Benji B talks about his new compilation ‘Deviation Classics’